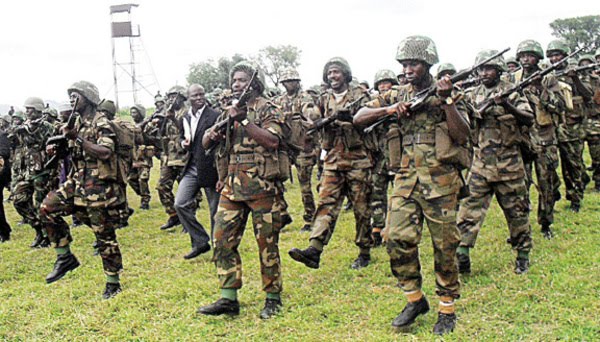 The Joint Task Force (JTF) in the Niger Delta on Thursday said it foiled a kidnap incident in Ogbia Local Government Area of Bayelsa.

The JTF Media Coordinator, Col. Onyema Nwachukwu, said this at a news briefing where he presented the alleged victim, Patience Agbani, to newsmen in Yenagoa.

Nwachukwu, who said the JTF troop rescued the woman, attributed the feat to the timely information received from the victim.

He urged members of the public in distress to contact the headquarters of the JTF on 0803220 2684 for prompt intervention.

Narrating her ordeal, Agbani said that members of the kidnap gang, numbering six, trailed her on Wednesday night.

She said the suspected kidnappers continued to chase her until she ran into an uncompleted building from where she placed a distress call to the JTF.

According to her, the timely response of the JTF troops compelled the kidnappers, who were on her trail, to retreat.

â€œWhen I closed from my shop after 9 p.m. on Wednesday night, as I crossed the road, I noticed that the boys were following me in a very suspicious way and suddenly they started pursing me.

â€œI ran into an uncompleted building and called the JTF, who arrived almost immediately and the kidnappers who were looking for me ran away on seeing the soldiers.

â€œThat was how they rescued me,â€ Agbani said. (NAN)