MADE, BoI partner to boost Leather Production in Nigeria 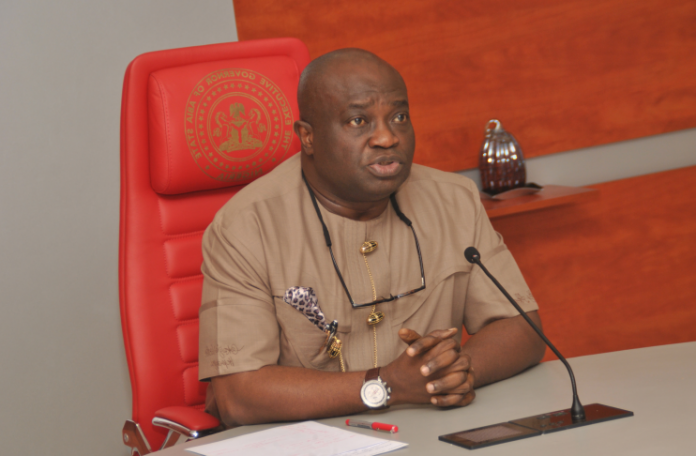 Abia State Governor Okezie Ikpeazu has explained how much the proposed dry port to be established in the state means to his administration.

He described the facility as a priority, adding that his administration would support and ensure that it becomes a reality, alongside the Inland Container Depot (ICD) to be situated at Ntigha in Isiala Ngwa North Local Government Area of the state.

Ikpeazu, who was represented by the chairman Implementation Committee of the ICD, Mr Dan Nwankwo in a meeting with the concessionaires, East Gate Ltd, members of the Nigerian Shippers’ Council (NSC) and other stakeholders at the state capital, Umuahia, said the project “is a priority to the state”, which the government would not want to toy with it.

Nwankwo stated that the importance of the dry port to the state cannot be overemphasised, adding that the government was aware that more than 50 percent of goods imported into the country comes to Aba.

He assured the investor and other stakeholders that the money they were going to invest wouldn’t be a waste as the state government would do all it could to ensure that the project succeeds.

The chairman of East Gate Ltd, Mr. Bill Nkemdirim said they were in the state capital to present some of the partners to the state government.

Nkemdirim said East Gate Ltd would ensure that the dry port came to reality, adding that the project when completed would create jobs for the unemployed youths and increase business and commerce in the state.

The Executive Secretary, NSC, Mr. Hassan Bello, a lawyer, represented by John Choji of Lagos Council stated that the project when completed would enhance movement of goods from the ports to the southeast and south-south regions of the country, adding that the movement of goods from the ports to the dry port through railway would reduce the pressure of moving goods from various parts of the country using the highways and will also reduce the cost of transporting containers from one place to another.

They pledged to work with the concessionaire and the state government to ensure the project was realized.