SMW 2017: PIND to Host Panel session on How Government Institutions in the Niger Delta Can Leverage Tech for Citizen Engagement

Leading the Niger Delta away from an oil dependent economy 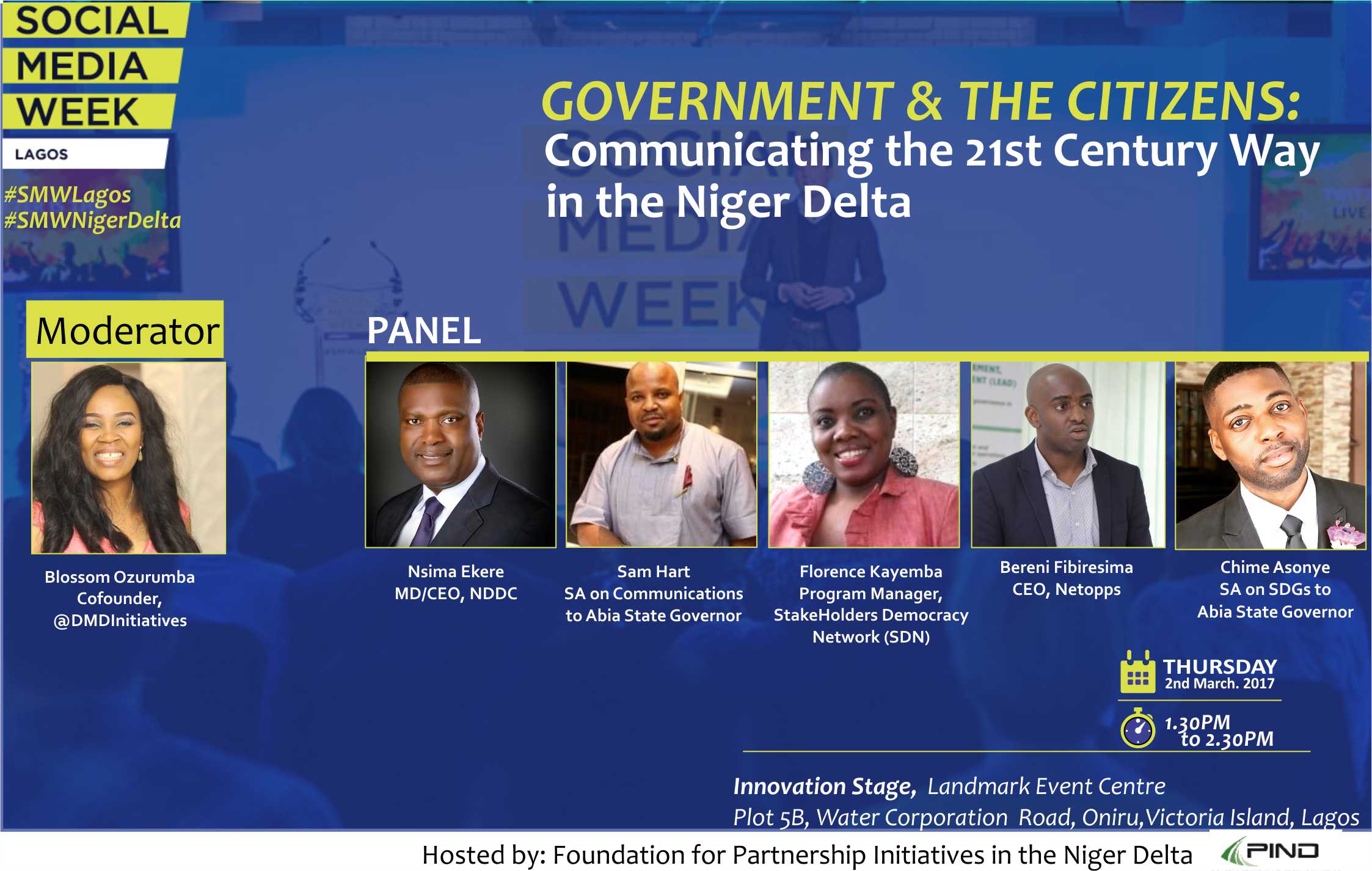 This session will connect the dots on how citizens communicate with government either in airing grievances, advocating a cause, or advancing democracy. Government Institutions around the world need to adapt to the new mode of communication â€“ through technology.

During this session speakers and attendees will discuss everything from open budgets; tracking progress on infrastructure projects across the region; supporting inclusive economic growth by encouraging technology hubs and activities; to using appropriate technology in advancing discussions around climate change.

Government and the Citizen: Communicating the 21st Century Way in the Niger Delta will spotlight what is currently working in the tech space across the Niger Delta and open up the discussion Â for a variety of perspectives to be aired and championed.

Attending this session will help understand how Niger Delta state governments and regional government institutions are using technology to communicate with citizens as well as learn about key success stories in open budget and tracking innovations that can be replicated across Nigeria. The event will also focus on learning what new technology hubs are doing in the Niger Delta region and brainstorm on ways Niger Delta technology hubs can learn from tech hubs in Lagos and Abuja. There will also be discussions on the challenges of operating in a conflict-prone zone in Nigeria

Individuals interested in good governance, technology, and other issues affecting the Niger Delta as well as potential investors are invited to attend.