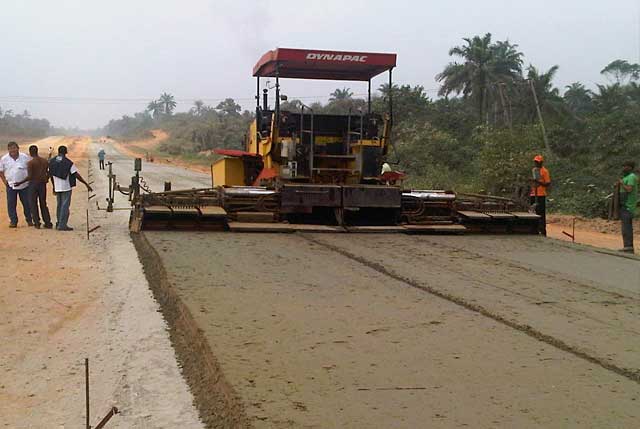 The Minister of Niger Delta Affairs, Mr. Uguru Usani, has expressed doubt over the completion of the East-West Road by 2019, saying a huge debt of N30bn has already been incurred on the project.

The minister voiced his misgivings about the road on Saturday while fielding questions from journalists after the All Progressives Congress stakeholders’ meeting in Calabar, Cross River State.

Those in attendance were the Senator representing the Cross River Central Senatorial District in the National Assembly, John Owan-Enoh; a former presidential adviser, Senator Florence Ita-Giwa; the APC National Vice-Chairman (South-South), Mr. Hilliard Eta; and a former member of the House of Representatives, Mr. Paul Adah.

Usani said that even if the Federal Government released N50bn for the road project, it would not be completed in record time due to outstanding certificates in excess of N30bn.

The minister lamented that the 2017 budgetary allocation for the ministry had not been received, adding that efforts were on to secure non-budgetary fund for the project.

He said, “The East-West Road cannot be completed by 2019. Even if they give us N50bn now, we already have outstanding certificates in excess of N30bn.

“The road was awarded in 2006 and between then and last year, it was 10 years. Even with the lean revenue resources and the collapse of infrastructure in this country between then and now, this government is still doing something on the road.”

He stated that the ministry was attending to road projects based on the availability of funds, adding that the President Muhammadu Buhari-led administration had the responsibility to reposition national infrastructure and not just the East-West Road.

Meanwhile, a former member of the House of Representatives, Mr. Paul Adah, has appealed to the APC members to be patient with President Buhari.

“Stakeholders should learn to be patient with the leaders and appreciate what President Buhari has done for the state.  The APC of today cannot be compared with that of 2014,” he added.